There has been quite a buzz recently in the blogging arena about PLM, PLM technology and where it is heading, specifically in the mid-market area, so I thought I’d add my two cents as someone who has been involved in many implementations in this market over the past two decades. Spoiler alert, with advanced artificial intelligence (“AI”), better symbiosis between different disciplines, moving towards digitalization, and millennials taking over, PLM should be much more attractive, agile, easy to use and therefore largely adopted by the mid-market over the next few years with true added value. 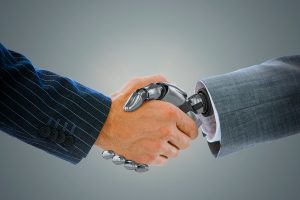 One aspect that does not quite exist today is AI. AI (Artificial Intelligence) is defined by Google as “the theory and development of computer systems able to perform tasks that normally require human intelligence, such as visual perception, speech recognition, decision-making, and translation between languages.” AI, along with data mining, should be at the core of PLM systems. AI can be in a form of suggestive operations such as, what possible next steps a user can take in a workflow based on pre-configured rules (rule based engine) and learning from past experience. Initial signs of what I am referring to were presented as part of the SW Xdesign in SWW2017. On Shape also has similar features where design suggestions are not being made based purely on functionality, but rather more by logical next steps. Just to clarify, by AI I do not mean the ability to define or suggest a certain configuration based on predefined, resolved set of rules and constraints as exists today. What I mean is that a designer can put in a dimension of a room, and where, for example, s/he wants to locate the sink, and the tool will show all possible solutions for designing the kitchen using AI intelligence. In this situation, the system will understand certain design parameters such as the sink can’t be placed more than 5 inches from a cabinet. Another AI related feature is search and experience. It is not enough to have a strong index based search mechanism and faster databases. Searches should be able to rule out and vet results by both previous user experience (decision) as well as based on engine rules configurations. Just like Google learns from your purchasing experience…so should PLM.

Another continuous improvement is with transformation to digitized data. This can go by various names like the digital thread which is frequently mentioned these days. In this case the full product can be represented digitally from the design, material, behavior, etc. and from ideation and design all the way to the building manufacturing and later servicing the product. Such digital representation allows for improved symbiosis between disciplines like mechanical, electrical and SOFTWARE, between engineering and MFG, etc. It should all be seamless to the user and each discipline’s user should see what is relevant for him on the product data. Though PLM vendors are making great progress in this area, today’s PLM serves more of a place holder for content from different disciplines rather than effectively connecting the dots in the process. Each discipline lives in its own world with its own CAD– (MCAD, ECAD), BOM (EBOM, MBOM, Service BOM, etc.). While PLM claims to connect the dots, there is really very little true integration and symbiosis. Users’ intelligence is often required to connect the dots in the PLM which burdens the users and is prone to errors. We at xLM Solutions, together with PLM vendors and implementation experts, are excited to be at the leading edge of the trend to start providing a seamless integration, possibly combining ECAD, MCAD ALM into one IDE along with better UI and visualization of the process.

PLM UI improvements – Today, change management and data control is just way too complicated and time consuming. I was on a call about DCO (Document Change Order) management the other day and was surprised at how cumbersome the process was for the end customer.  There was an enormous number of clicks and various pages the end user had to fill out to execute a change of design and its supporting documentation. The counter argument may be such an involved process is required for the complex products being managed by PLM. I refer back to my comments above regarding better UI, AI, improved search intelligence, as well as new web/mobile app technologies, to better automate such processes without the need to create customizations to make the system more efficient. Things like suggestive decision making based on experience and rules engines, better visualization and management on different BOMs in single UI with impact analysis, etc. would also improve the process. Some of the cloud based CAD systems like On Shape and SolidWorks xdesign are a step in the right direction, but I expect those to be improved significantly as AI evolves. I am envisioning gaming like technology and user experience in PLM. I have never heard a PLM participant stating he likes PLM. Some may say it is a necessity and acknowledge its benefits, but no one likes working in PLM. For example, QuickBooks, which deals with complex accounting rules, has standards and regulations making it easy to work with, with almost no training. Even your average untrained worker in retail or a food market, can maneuver through complex accounting regulations and procedures with ease of use. If a finance system can do it, why can’t PLM? (hint – finance systems today are mainly digitized based, follow more robust standardization and practices and use leading edge technologies for development of such systems).

One more thing on my wish list for future PLM characteristics is less focus on user control of change management. Change management should be immersed in the system, but it should not require so much user attention and active control. Today PLM is used, among other objectives, to standardize and enforce the company’s business workflows and to control change. On the one hand, it slows down the process and is perceived as non-flexible/agile for many SMB companies. On the other hand, it reduces errors in the process, and is less costly on scraps or on inventory down the road, etc. As millennials, who are open minded and free spirited, enter this field, too much control of processes and inflexibility will not be perceived well. PLM processes and their interfaces should be more about intuitive processes, rule based and past experience based decision making (AI) rather than about enforcing those processes. Better technologies and UI as well as the new generation’s openness to technology should make PLM become much easier to adopt, more intuitive and more like purchasing an app on the phone today.

More standards – PLM should be everywhere. It should be available and accessible just like your bank account is with connectivity to many other financial agents. Cloud technology is one thing of course, but next stage PLM is more than that. Just like paying with a credit card or connecting your bank account to a supplier for billing is easy to accomplish, so should PLM. More standards will allow connecting platforms and business systems regardless of source system data model complexity. I encourage PLM software vendors to work together and come up with these standards.  I feel in the long run a modest level of agreement among competitors will increase the overall PLM market.

Obviously, to get to where I would like this to go entails continuation and building upon today’s PLM technology and ancillary technologies and introducing IOT and AI to improve PLM. For example, we are very close (if not almost there) in developing a driverless car.   To simplify the science, autonomous vehicles run based on sensors which provide feedback (experience, error, user decisions operating machines and so forth) thus allowing the car to run autonomously.   It should not be such a stretch to utilize such technology in PLM software. With the investments being made in AI, big data tools, UI and PLM technologies, along with millennials becoming a dominant component of the workforce, I foresee a promising evolution of PLM, leading to increased simplicity around complex processes and better adaptation by small, medium and large companies.